Aka DJ Pearl, Cathlyn Choi is a celebrity DJ who can be described as an ‘All-in-One’ artist whose unique music style appeals to a diverse range of audience of different nationalities, cultures and generations.

In addition to over 20 years of experience as a business development and marketing executive, Cathlyn is a multi lingual composer, vocalist, TV show host and producer.  She is the co-owner of a digital media production and marketing company called Carma Media & Entertainment and the founder and CEO of a non profit organization called Asian Culture and Media Alliance whose mission is to promote and empower the Asian and Pacific Islander communities and culture through media.  Since 2008, She has also hosted and produced 4 seasons of her national PBS cooking show ‘Cathlyn’s Korean Kitchen‘ and ‘Asian Voices‘.

Inspired by her husband DJ Arrix, Cathlyn decided to pursue her career in music and started composing her own music in 2006, focusing on House, Pop, Jazz and dance music for Film/TV and Commercial.

Incorporating electronic dance music style and rhythms, Cathlyn has the ability to produce music and sing in a wide range of notes, rhythms and genre. She currently DJs at private events and collaborates with several DJs and producers to remix her original songs as well as producing/composing her own music in her free time.

You can listen to her original songs and sample remix on https://soundcloud.com/bestpearl 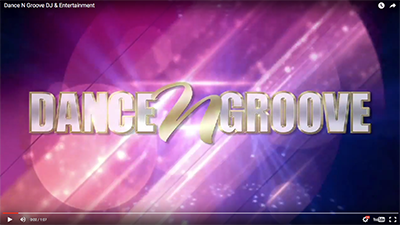 Our music library contains more than 100,000 songs! If you can't find the one you're looking for let us know and we'll get it.

Is your date available?

What Our Clients Are Saying

Heath and his crew are awesome! He did our daughters sweet 16 and it was a hit. Heath really worked with her to get the music just right. They went above and beyond to ensure that all of our guests had a great time. Heath and his crew really kept the party fun

We were so impressed with Heath and his crew that we entrusted them to do our daughters wedding. Awe….it was awesome! Thank you guys! We love you!

Dance N Groove DJ Services was one of the true spotlights at my son’s wedding on 6/2/12.  For those of you who take pride in selecting the best vendors for your event, don’t spend your valuable time looking for other DJ’s because you have just found the best!!!  Our DJ’s, Heath and Dejan, were very professional from the beginning. They wanted to preview the wedding venue to ensure placement of their equipment and all the essential elements that would make the musical entertainment for …

“Being a Recruiter, I work with people for a living and I must say, Heath is one of the most amazing people I have ever met. He is professional, outgoing, accommodating, flexible, fun, and fair with his pricing and everything he does for you. If you EVER need a DJ, you MUST use Dance n Groove DJ Services! Heath and Roger did my wedding a year ago and they were more than I could ever ask for. They made my wedding and reception absolutely amazing and everyone had a fabulous time! I highly recommen…

DanceNGroove DJs did my daughters sweet 16 party over the summer. They had a great time and loved the playlist!! They didn’t even want to leave the dance floor when it was time for cake.   The DJs came early, added lights, checked the sound, even played some music while we set up the decorations and prepared for the party.  The party will go down in the great memory books for my daughter!!  We added some pictures to yelp we had the Pink & BLack Party.  You can see everyone was all smiles.  If …

We hired DNG to provide entertainment for our wedding, and they went above and beyond to make sure our wedding was a blast.  When our caterer was late, these guys offered to start early to keep the guests entertained…nobody had any idea there was a problem with the caterer, and DNG then played our own selection of music during the dinner & provided A+ entertainment for our party after.  We couldn’t have asked for a better DJ, and have already asked them to DJ for our one-year anniversary part…

We had Heath and Colin DJ our wedding. They were great to work with! People loved the music that was chosen. After meeting with them the first time, I knew that were meant to be for me and my husband’s celebration. They provided the services that we desired and we couldn’t have asked for more. They were so much fun! I highly recommend them!

We loved Heath and his partner, Dejan, of Dance N Groove.  They did the DJ music for my daughter’s wedding reception on Aug. 4th.  They were so easy to work with and their music list for general music and suggestions for special activities like the father/daughter dance were so helpful.  They arrived early, dressed professional, and the music was playing when we arrived.  They were flexible with requests.  They knew just how the reception should progress and were great guides with the Gra…

Dance N Groove was the DJ for our wedding.  We were in a bind and with 2 days notice they were able to help us out.  I have had raining complements about how fun the wedding was.  W/O Dance n groove as a DJ I don’t know what would have happened.  Thank you Dance in Groove, it was awesome!

We do ALL entertainment events and shows, including weddings, birthdays, clubs and social events all over San Diego.

If you need music, then you need us!

Learn more about our services.

Get A Free Consultation